Since 2015 youth has had an internationally recognized instrument for participation in peacebuilding, the United Nations Security Council Resolution (UNSCR) 2250 on Youth, Peace and Security. It includes five key pillars: participation, protection, prevention, partnerships and disengagement, and reintegration.

The resolution, firstly, supports youth’s role as active participants and peacebuilders. It also encourages better decision-making so that the participation is meaningful. Secondly, it promotes governments to include youth and their needs in all phases of peace processes while simultaneously holds these governments accountable for their progress in this matter. Thirdly, the resolution promotes cooperation across society for peacebuilding, and fourthly, it provides guidelines on how to address youth engaged in violent extremism.

Due to the resolution there has been an increase in opportunities for youth participation, however, the focus is often on their inclusion in formal peace processes, not in their participation in grassroots peacebuilding efforts.

Youth has significant potential in peacebuilding

Young people have long proven capable of initiating change. They can build alliances that overcome territorial, generational, communicational and cultural barriers by using alternative methods and creative ways for interacting. Such abilities, knowledge and passion must be given opportunities to flourish. Only then can we have a future where everyone feels included, is able to participate and willing to compromise.

At the grassroots level the role of youth is even more significant because young people tend to be more susceptible to the influence of criminal and extremist organizations. Therefore, the solution to global problems such as terrorism, drug trafficking, gender-based violence and inequality requires youth’s active participation.

The main role of youth at the grassroots level is to listen to those immersed in violence and help them find a way out. They form natural bridges between social groups with different interests and different peacebuilding capabilities.

Particularly, youth leadership has the potential to reunite their peers with concerned parties from different sectors of society, creating spaces for interaction, collaboration and innovation which can lead towards breaking cycles of violence and fostering the reconstruction of the social connections destroyed by conflict.

Youth’s grassroots initiatives recognize the potential in young people for peacebuilding and aim to realize it for social change through at least four different categories of initiatives. These address the problems associated with violence and aim to foster peace, before, during and after conflicts.

Initiatives in the first category are the ones that prevent violence in the participating youth’s own communities. Here they play an important role in peaceful conflict resolution given their presence in different levels of society.

The youth-led initiatives like this are several. Some aim to promote education and dialogue among different groups. Others to foster interreligious dialogue which is key to defusing existing conflicts as well as to strengthening the bonds between the members of different groups. Some aim to better civic and electoral training to increase participation in politics.

The second category of initiatives attempt to reduce youth vulnerability to armed groups recruitment. The aim is to strengthen young people’s abilities to overcome adversity in conflict scenarios. This is done by practicing sports, music and theater which foster intercultural dialogue and allow people from different backgrounds to connect, as well as dream of a common future.

Providing alternatives for realizing their future potential and to actively engage with their community’s transformation through peaceful means will prevent them from enlisting as combatants of war. Within this category can also be included some initiatives of Gender Based Violence prevention, attention to survivors, and promoting the engagement of both women and men in creating change towards gender equality.

The third category includes the initiatives to mitigate the consequences of violent conflicts and to strengthen social cohesion.There are three main pathways to restore confidence within the communities torn apart by conflict, and to improve the living conditions of its members.

The first one targets the former combatants, providing support for their reintegration to society through developing entrepreneurial skills. The second one facilitates humanitarian assistance, particularly food for the population affected directly by the conflict, aiming to reduce the negative impact of armed conflict on a community’s life sustaining capabilities. The third pathway aims to increase the attention of local, regional, national and international actors to human rights violations by documenting them during a conflict.

The fourth category of initiatives aims for the consolidation of peace after conflict. It refers to any form of peace process participation by young people to influence the discussions and agreements that intent to put an end to conflict. These are usually high-level negotiations led by the most prominent actors involved in the armed conflict and attract huge media coverage.

This fourth category of initiatives may also refer to ones of youth participation during the implementation of programs to face the consequences of a war. These programs might be  to disarm, demobilize or reintegrate both combatants as well as weaponry used during the conflict. They might also be processes of truth, reconciliation and transitional justice. Their aim is to promote the creation of a collective set of memories which contributes to the reconciliation of society to avoid war again in the future. Youth participation in campaigns to abolish nuclear weaponry and gradual disarmament is considered to belong to this fourth category of initiatives as well.

Youth peacebuilding in Colombia and Finland

A good example of youth peacebuilding efforts is the UN Youth of Finland working group on UNSCR 2250. It belongs to the fourth category of peace consolidation mentioned above. Giving the context of Finland the main efforts are focused on education, raising awareness and sharing good practices particularly regarding the implementation of the youth, peace and security agenda.

During 2019 they published blog posts to help broader audiences understand the resolution. They also expressed their support for the International Campaign to Abolish Nuclear weapons (ICAN). In addition, they organized a side event during the First International Symposium on Youth Participation in Peace Processes held last March in Helsinki.

The side event participants reflected on the five pillars of the UN resolution, highlighting key challenges and obstacles:

Five problems for youth participation were recognized based on examples of young people’s lives. Firstly, education and obstacles for accessing materials when youth faces financial restrictions. Secondly, the difficulties that face youth to obtain support and access professional mental help. Thirdly, climate change as a scenario in which youth plays a leading role demanding the government and civil society concrete actions to address the current crisis. Fourthly, migration and interculturality, specially discussing discrimination and human rights as key components for peacebuilding, and in which youth associations and their approaches must be actively included. And finally, making the resolution and its central pillars more visible to enhance youth’s opportunities for action.

The most significant challenges are the obstacles for active youth participation on all levels. Obstacles created by protocols, education requirements, financial restrictions, and background need to be eliminated.

Both government and civil society must open spaces for young people to participate, express themselves, collaborate, and grow through their activism. This requires specific support to access funding and training, and recognition of youth leadership’s role. Their participation in decision-making processes needs to be encouraged in their families, communities, schools and internationally.

Good examples of the remaining three initiative categories are certain projects by Casa Mia, an NGO from Medellin, Colombia. The NGO’s Art School for Coexistence uses theater, dance and music to connect children and youth to prevent violence and to foster peaceful coexistence among them. Another of their projects, My neighborhood paints itself with life, aims to promote a sense of belonging through public action in their communities. This strengthens youth leadership and promotes solidarity. And then there is the Sprouts Festival, an entrepreneurial fair for young people meant to support their capabilities for self-development and financial independence in their own communities, while promoting environmental care.

Among the key issues for youth in peacebuilding identified by Casa Mia were poverty and exclusion expressed in basic needs left unsatisfied, the lack of education, employment and recreation opportunities. All of which increase the likelihood of engaging in criminal activity, particularly drug micro-trafficking This in turn intensifies their vulnerability to be victims of forced recruitment and violence by criminal groups.

Casa Mia also identified the lack of support and love from family, persistence of domestic violence, and absence of positive role models both in the family and in the community as challenges for peacebuilding. The NGO sees these as a cause for young people feeling less appreciated, therefore turning to their friends, gangs and others often linked to violence and criminal activity. In addition, this increases their vulnerability to alcohol and drug consumption, as well as increases the probabilities of dropping out of school. Sexual exploitation was also identified as an obstacle for peacebuilding. It affects young girls and women who are either forced to perform sexual activities by armed groups and gangs or decide to do so to secure a living.

Moreover, major challenges were identified in increasing youth participation in peace processes. Their basic human needs are not covered, often they lack financial and emotional support, while simultaneously facing threats to their survival as a consequence of the violent circumstances in which they live. Addressing these problems is as urgent as opening spaces for youth training, participation and self-development.

In addition, recognition of the centrality of youth participation in peacebuilding especially from actors in decision-making positions is absent. The focus in Colombia has been on high level political negotiations rendering the grassroots work of many activist invisible at times.

Therefore, it is necessary that governments recognize the relevance of youth participation to mobilize their communities towards positive transformation and to promote the creation of specific public policy that recognizes and values the input of grassroots peacebuilding.

Youth participation at the grassroots level is essential for preventing violence, for mitigating its consequences and for consolidating peace in the communities.

Youth has valuable insight on the barriers for the fulfillment of their dreams that foster their engagement with criminality. Therefore, they must be at the center of the discussions and decisions to tackle current threats, namely, terrorism, climate change, gender inequality and discrimination effectively.

This requires, firstly, recognition at all levels both from government and civil society of their inner capabilities for the transformation of their own life project as well as of their context. Secondly, listening to their proposals because they have insight and knowledge that is already been proved effective to foster solidarity, reconciliation and progress in society. Thirdly, promoting the creation of spaces for self-development, nurture and thinking about alternative future and the plans to materialize them.

Youth holds the key to achieve lasting transformation in any context, thus it is necessary to give them the tools to do it. 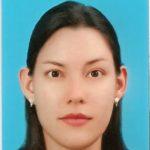 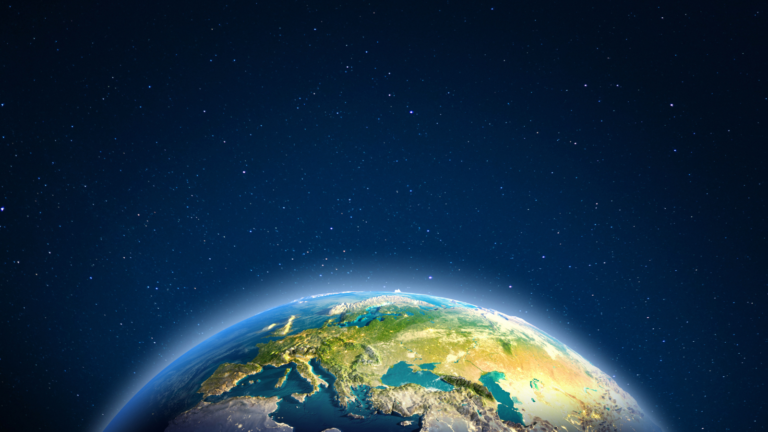 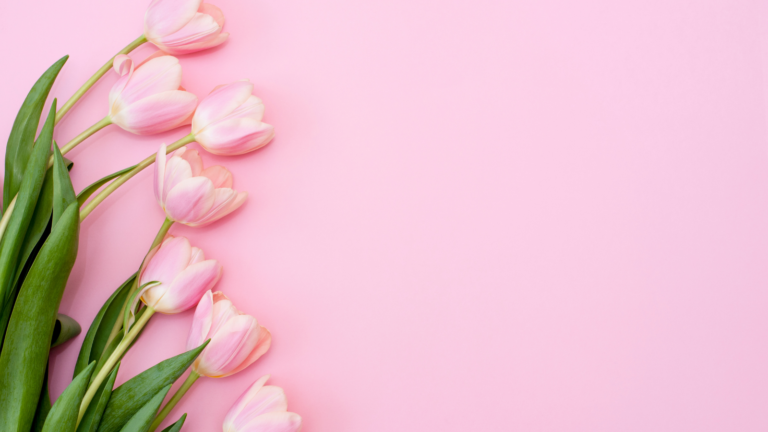